A downloadable game for Windows

hello I just want to make a fun game, any feedback is appreciated

This is probably one of my favourite games to keep coming back to, keep the updates rolling!

Gave this game about an hour of playtime, tried all the classes of v0.2. The gameplay loop is quite fun, mostly just for sword guy, all the others are inferior to him due to the fact that he is the only one with real AOE. Personally I feel that Totem is the worst since he is the most single target of the bunch. Bear is most viable of the 3 gold costing characters. Sword guy is either too strong or the others are all just really weak.

Overall a 6/10 game, most mechanics are there and it has a full gameplay loop. Sound is lacking and could be a big enhancement to the game experience. UI is good.

Thanks for the fedback, yes the hp boost has a small regeneration, it can be op if you get enough, but i think need some instant impact it feels awful to update.

First character is like easy mode, but is kind crazy some ppl toldme other characters are overpower but is kind the name of the game.

About the art direction, I'm just a programmer, Im using some assets here and there.

About sound, music I'm working on it I'm not focus on that, I'm more in to mechanics and bugs fixing now. 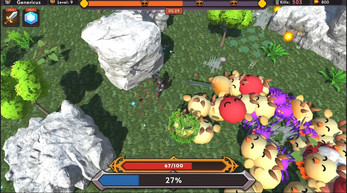 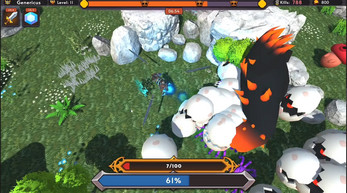 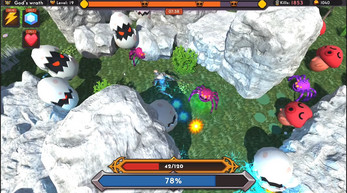